Talking about watches, Germany is not on our top of mind. But you will be surprised knowing many German watch brands make the top of the best brands worldwide.

With unique designs, exquisite craftsmanship, and top quality, the 12 watch brands from Germany below prove their products are a worthy investment for watch connoisseurs. Not Swiss-made, but luxurious and classy!

Laco has been proud to be a German brand that has produced the highest quality watches since 1925. This company started as Lacher & Co. in Pforzheim. Classic designs combined with reliable German technology make up the success story of Laco pilot watches.

As being reliable, Laco’s watch model accompanied the Luftwaffe during WW2. Thanks to authenticity, precision, and passion, Laco overcame the darkest times and became one of the best German watch brands offering affordable watch models.

Stowa started by Walter Storz at Englesbrand in 1927. Mechanical and pocket watches – Stowa’s specialty – were once considered plain. However, this simple yet timeless design, such as the Bauhaus-style watches, is a huge success.  Stowa’s pilot watches were used by the German Air Force during WW2.

Stowa overcame the downsides of history spectacularly. Non-stop, they are always trying to invent more mechanical watches as diver ones. Stowa now became a German luxury watch brand that hardly can anyone ignore.

More than 100 years of history have given Glashütte Original an ingenious combination of traditional craftsmanship and the latest production technology.

MeisterSinger asserts its position in the German watchmaking world by being different. Since 2001, MeisterSinger founder Manfred Brassler has pursued the classic: one-hand watches.

The inspiration for these timepieces comes from the ancient single-hand design of clock towers before the 18th century. MeisterSinger’s sophisticated watches take the user back to the origin: intuitive, simple, and relax time reading.

Combined with an in-house movement, Swiss technology, and a distinct aesthetic ideal, MeisterSinger is a unique German brand among watch connoisseurs.

Formed in 1994 in Barbing, Damasko got its start as a tool manufacturer for the aviation industry. The company then applied that technology in the creation of specialized watch components.

Damasko watches features exclusive patents for hardened cases and polycrystalline silicon. They are made for special occasions like diving, where durability and precision come second to none. 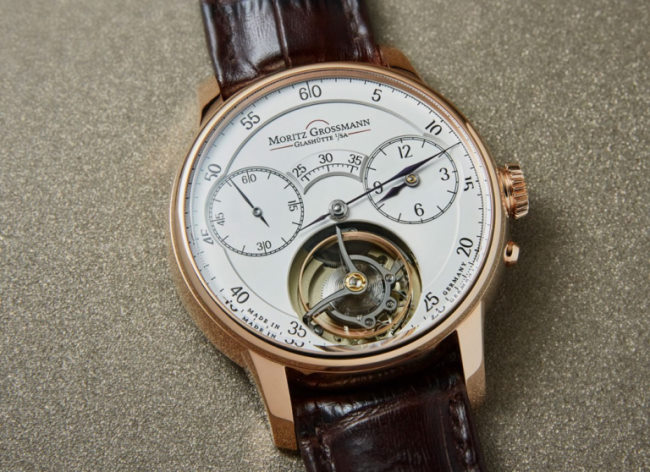 Glashütte is home to many German watch brands, including Moritz Grossmann. The company’s root goes back to the 19th century when the exceptionally talented Karl Moritz Grossmann crafted high-class, technically sophisticated timepieces.

It was not until 100 years later that this legacy of Karl Moritz Grossmann was unleashed to its full potential by Christine Hutter. She bought the rights, then founded the luxury watch company, Moritz Grossmann.

Every year, the company produces nearly 200 wristwatches with many different models. Moritz Grossmann watches are the first in the world to use human hair in movement.

Founded by Richard Bethge and his wife in 1939, Bethge & Söhne is one of Germany’s oldest family watch brands. The rich history of Bethge & Söhne marks the passion for perfection, reliability, and performance in every product. These values were passed down through generations of Bethge and maintained as the tradition of the company.

The 50s-60s was a period of prosperity for Bethge & Söhne. They position themselves as a specialist brand in dial restoration amid a competitive market.

Nowadays, this distinctive aspect has been closely associated with the brand and has helped Bethge & Söhne rise to the top globally and gain the trust of more than 1,000 retailers.

Archimede Watches was just a kid in the watchmaking world when it launched the first models in 2003. However, the founding Ickler family has had their own experience as a production business since 1924 in Pforzheim. Archimede’s foundation lies in high standards and international quality.

From Swiss chronograph to automatic movements, Archimede provides various watches and watch cases 100% made in Germany. Thanks to their affordable prices under $1,000, the appeal of these models helps Archimede become one of the famous German watch brands in the entry-level market.

Back in the 1845s, A. Lange & Söhne was founded by Ferdinand Adolph Lange as a small company specialized in making pocket watches. Later on, A. Lange & Söhne started producing more wristwatches models. Though, all the models have kept the loyalty to the distinctive British watch looks and design. This unique Glashütte style is the pride of A. Lange & Söhne.

Despite experiencing ups and downs in its development history, A. Lange & Söhne has revived its brand in the last 3 decades and positioned itself as a veteran German luxury watch brand. 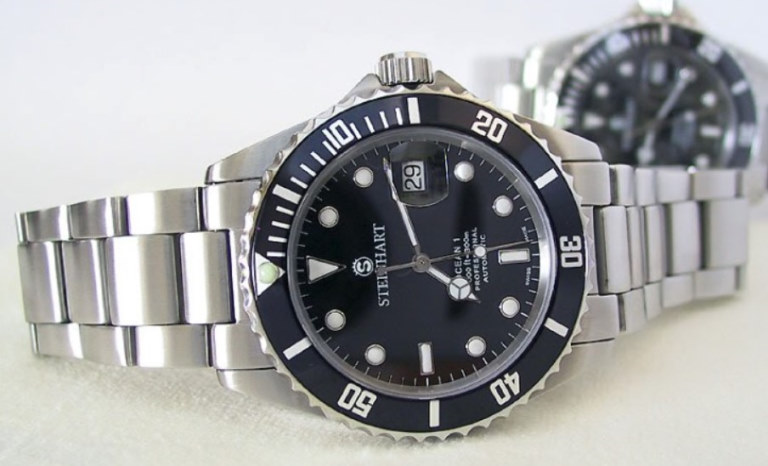 Formed in 2001, the Steinhart watch brand is proof of the advancement of technology. They offer sophisticated watches that look similar to Rolex and Swiss movement featured but at an attractive price: around $400.

Steinhart could be the only German watch brand that sells everything they do online. Thanks to the self-operating efforts of Gunther Steinhart – the founder, the company has made watches more affordable.

When it comes to stopwatches in Germany, the name Hanhart cannot be ignored.

The first watch shop of this brand was opened in 1882 in Switzerland by the skilled craftsman Johann A. Hanhart. Then in 1902, he moved his company to Schwenningen, Germany. At that time, the company offered a wide range of watches, from chronographs, pocket watches to wristwatches.

However, from 1932 onward, the Hanhart company focused solely on producing stopwatches and instrument watches. Hanhart was the first to introduce a one-button chronograph with the famous name: Caliber 40.

Founded just two months after the great fall of the Berlin Wall in 1990, NOMOS Glashütte is the perfect combination of German technology and Glashütte craftsmanship.

With a bit of Bauhaus influence, NOMOS Glashütte focuses on producing automatic mechanical & manual-winding watches. Clean design, unique colors, and in-house production are the hallmarks of this brand.

Owning more than 13 watch lines, NOMOS Glashütte is considered the most prominent German watch brand. Despite being recognized for many outstanding awards, NOMOS watches still maintain their affordable prices.

German watch brands are brilliant jewels with a remarkable history in the watchmaking industry. Although still being overshadowed by the giants from Switzerland, the above watch brands have their own positions in the market. With leading German technology combined with meticulous craftsmanship, these watch businesses emerge gloriously.