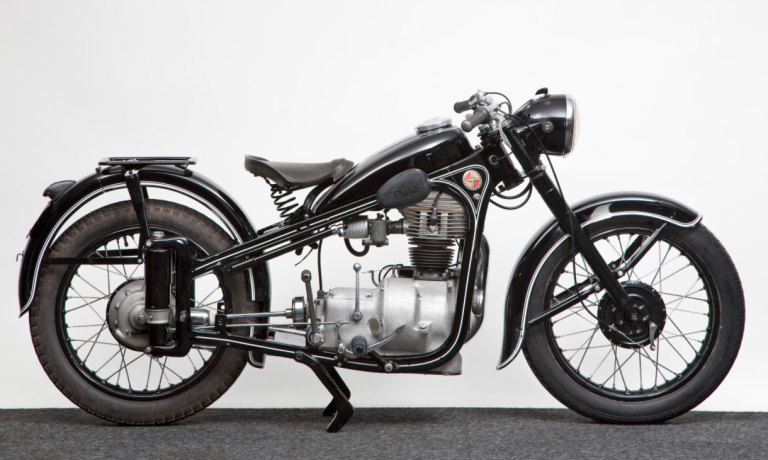 In terms of high-performance and quality, you’d think of German motorcycle brands. Each of them stands for the best history it offers. Since 1885, Germany began manufacturing gasoline-driven vehicles that have become all the rage until now. However, there are several high-end brands to select for a fantastic riding experience.

So, check out the list of the 8 best German motorcycle brands we’ve compiled below before making your decision!

It’s a popular name of a German automobile manufacturing company. It got founded in 1916 by Jørgen Skafte Rasmussen. Not only that, but DKW is also an expert in designing and making motorcycles and sedans.

As its history goes, the company commonly used two-stroke vehicles. This reflects its position as the planet’s biggest motorcycle maker by the end of the 1920s.

After the Wall Street crash, the company became one of 4 labels building up Auto Union AG. It’s an amalgamation of four other German motorcycle brands. These include Horch, Audi, Wanderer, and Zschopauer Motorenwerke J. S. Rasmussen.

As compared to other competitors, every DKW product gets acknowledged to be durable, practical, powered, and innovative as it comes to technology. 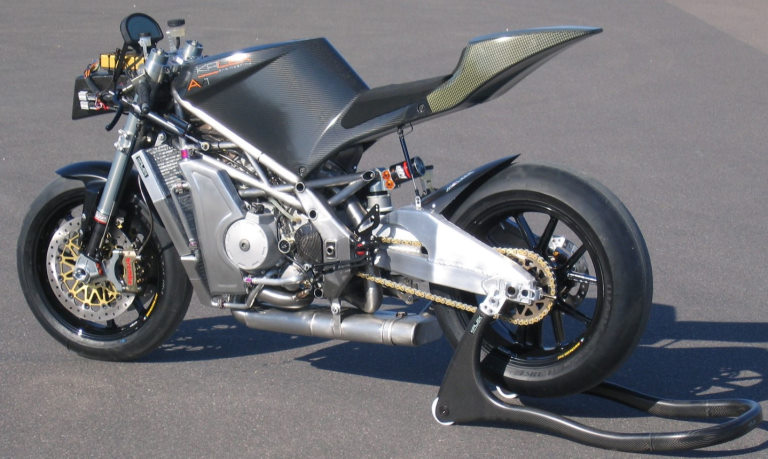 It got all set up in 2008 in Bavarian city, Germany by Alex Baumgärtel and Klaus Hirsekorn. What made the success of Kalex is its enthusiasm for races or passion for speed, detail, and perfection of motorcycles.

With the hope of producing the best racing bikes, the brand keeps doing tests to analyze quality and functionality. There’s no place for error, so they hire the best specialists and use modern tools to get flawless completion.

Besides, Kalex offered Pons Racing its chassis, which led to the World Championship of the riders who used their chassis in 2013. 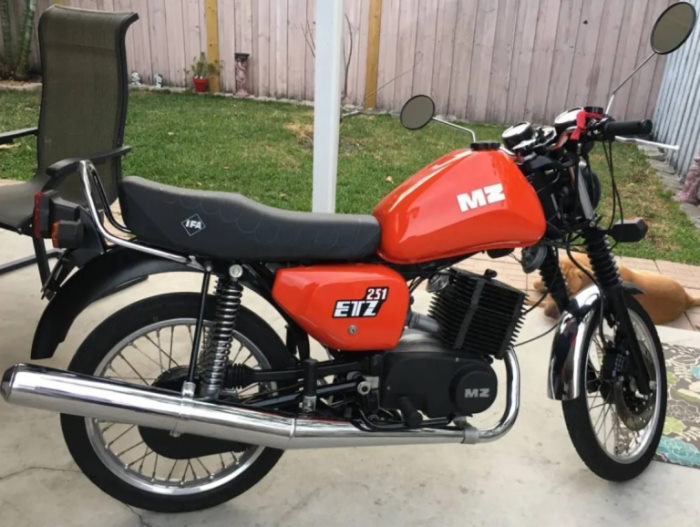 After DKW, another name that has a reputation for producing motorcycles made in Germany is MZ.

Jorgen Skafte Rasmussen bought a factory to use for his company in 1906. Yet, the biggest event of MZ history was the launch of its initial motor-supported bike in 1923. Along with making machines, its factory gained huge success in off-road competition.

MZ used to win the International Six Day Enduro in the 1960s, and road racing is exactly its strength here. Two years later, the company began launching the ES 125/ES 150. which is known as one of the most well-known motorcycles in the nation.

Everyone loves to have a vintage NSU motorcycle with a unique monocoque made of pressed steel.

Like the above companies, NSU was a German manufacturer of motorcycles and automobiles. In 1969, Volkswagen acquired and merged it with the Auto Union. The company doesn’t only build fine vehicles but also offers the best motorcycle parts across the country.

It becomes of the oldest NSU motorcycle brands providing those parts to other countries. These include the United Kingdom, United States, Canada, Sweden, Italy, Ireland, Japan, and so on. If you’re interested, come to the museum located in Neckarsulm, Germany to get a closer view of NSU’s products.

EMW is an East German motorcycle maker having its main office in Eisenach. In the past, one of its factories in this area during pre-World War II got taken by the Soviets. It kept making automobiles and motorcycles under the name BMW. In other words, most of the BMW models on production in this factory were under the eyes of the Russians.

In 1952, the brand encountered a lawsuit, so they changed the name to EMW. The logo was not the same as before: The blue BMW got replaced by the red EMW.

For this reason, you might see some BMW motorcycles nowadays, but they’re EMW vehicles. They got made with the inspirations from the BMW models. 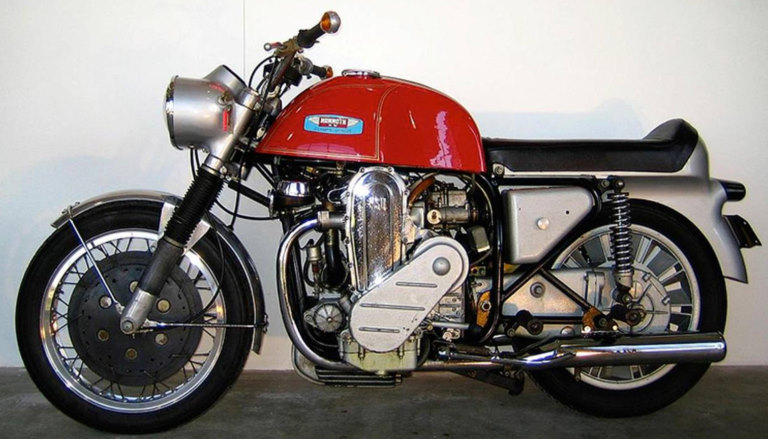 Friedel Münch, an aircraft engineer is the one building the high-performance and beautiful motorcycles in the 1960s. At that time, he used to work for Horex. But after the company shut down, Münch acquired its stock and decided to build on his own.

Many special superbikes were born under the brand, but the most popular one is the Mammoth. It was the speediest and most powerful bike of all time.

Münch then got 18 orders for new products, but he was incapable of making such a large number of motorcycles. Luckily, Floyd Clymer helped him by operating the business to let Münch focus on what he mastered. 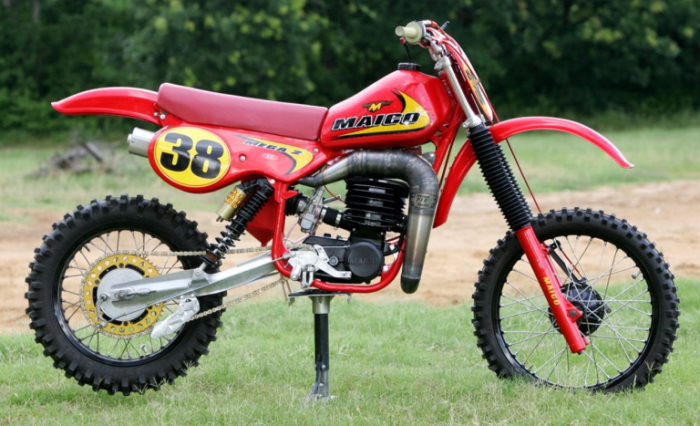 Similar to some of its competitors, Maisch & Co kicked off producing bikes and their spare parts in 1926. Five years later, the brand concentrated on making motorcycles in Germany and changed the name to “Maico”.

It began launching the first model after the end of World War II. This led the company to introduce the M version later on.

Apart from that, the company was popular in all kinds of racing, ranging from enduro to motocross. In the early 1970s, Maico riders gained victory in the 125cc Grands Prix. Enduro machines of Maico got ridden by Herbert Schek, Eghert Haas, and Lex Muller. All of them succeeded in the Internation Two Day Trials. 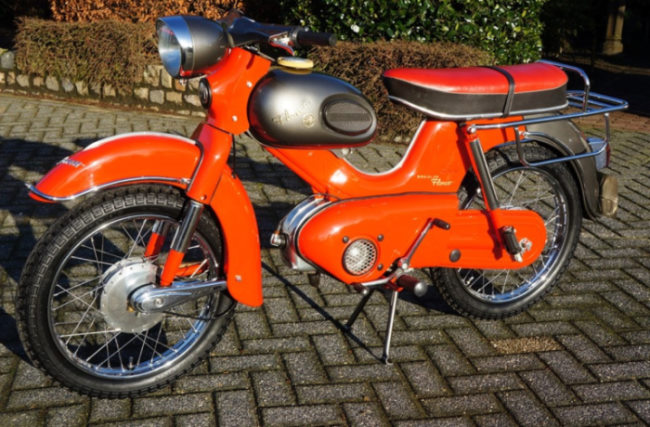 Whenever you need an innovative motorcycle with German quality manufacturing, Kreidler will tell you how.

In 1888, the company got established in Kornwestheim and then built its fame with technically-produced motorcycles. As claimed, Kreidler is proud to be a family-owned business and will strive to follow the passion.

Between 1971 and 1983, their racing bikes won 8 global titles and went famous in Germany and Europe. By looking ahead to the future, the name of Kreidler has gone bigger as it comes to quality and safety.

And nowadays, the label doesn’t only get acknowledged by its successful motorized bikes but also a wide range of bicycles. They come with a new look and the latest technology.

You with a passion for choppers have always considered them as your best friend, right? Through the list, you will know exactly what brand you should count on. Tell us your chosen one among these German motorcycle brands! Which one do you think that it delivers the best bikes on the market?