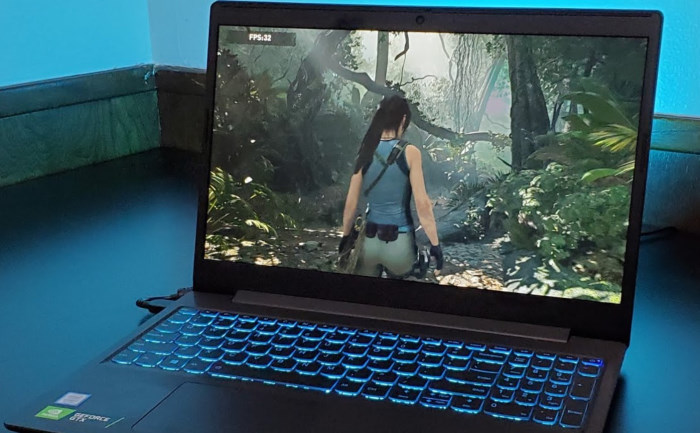 In the era of technology explosion, a laptop not only serves the purpose of studying or working but also holds great appeal for gamers. However, choosing a perfect gaming laptop is somehow challenging for those who are less tech-savvy.

Check out these best gaming laptop brands for a wise choice. This list will showcase each brand’s strengths, along with several recommended gaming laptops from each of them.

Established in 1996 by Alex Aguila and Nelson Gonzalez, then becoming a subsidiary of Dell since 2006, Alienware is ranked among the best gaming laptop manufacturers in the world.

This US laptop brand is renowned for its alien symbol which exudes a futuristic vibe. It has always been the leading brand in the high-end laptop segment and is dedicated to professional gamers.

If you are looking for a gaming laptop with a powerful Intel Core chip, beautiful LED-lit keyboard, or long battery life, Alienware also nails it. But with such outstanding qualities, owning a laptop from this popular brand will not be a low-cost one.

Gaming laptops from this Taiwanese manufacturer are probably conspicuous for trendy designs, a powerful dragon symbol, and distinctive black-red color. Gamers are enabled to be immersed in demanding gaming sessions thanks to its decent configuration, innovative cooling technology as well as amazing battery capacity.

The most prominent lineups from MSI are GS, GE, GP, and GF Thin. They can be found with a variety of price choices, so it is not too hard to possess an MSI gaming laptop that is affordable yet reliable.

Asus is an electronics company founded in Taiwan in 1989. It rocked the gaming world by offering customers smart, high-quality products and successfully combined their durability and performance.

Initially, Asus is known for low-cost gaming laptops. However, the appearance of Asus ROG has made a remarkable leapfrog for the brand.

Although having a powerful configuration, an Asus gaming laptop is pretty budget-friendly. Its price is not much higher than a normal laptop, that’s the reason why those who do not have deep pockets will love it. 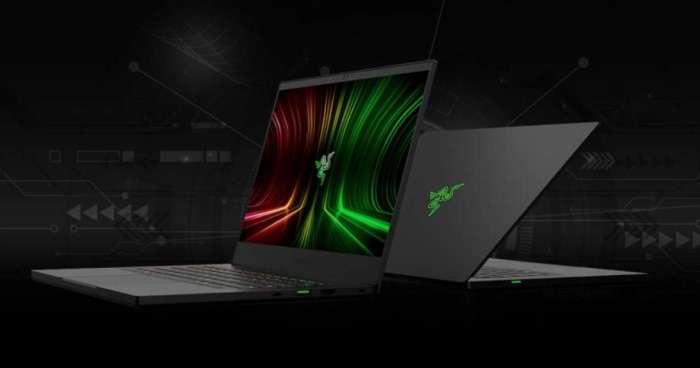 This list would not be complete without mentioning Razer – a relatively new but one of the best gaming laptop companies today. Razer is an American computer brand founded by Min-Liang Tan and Robert Krakoff. with its headquarters now in Irvine, California.

The logo of Razer is a green triple-headed snake that is increasing in popularity among gamers and eSports communities.

Razer gaming-focused laptops may share similar features with other laptop-producing companies, including the thin structure, creative design. But what sets Razer apart from the rest is the Synapse software that brings users many optimal utilities.

Razer is commonly known for the Razer Blade lineup that can operate at high performance for a long time. Without a shadow of a doubt, it helps the gaming experience seamless and smoother. The shallow keyboard may make it difficult to use, though, Razer is still the name that gamers should keep in mind.

The Chinese-American brand Lenovo was initially founded in 1984 in Beijing under the name Legend. Gaining its popularity with diverse electronic products, though, its series of laptop Legion and IdeaPad Y targeting gaming performances are also highly recommended.

Due to the catchy, powerful, and modern design, plus the keyboard allowing quick response time, this brand’s gaming laptops will not fail to meet the requirements of gamers. 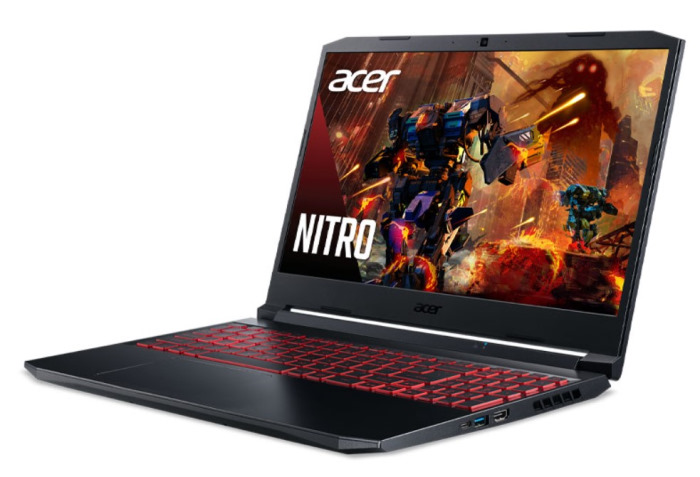 Acer is a Taiwanese multinational electronics and computer hardware corporation. The initial name of this brand was MultiTech when it was established in 1976. Not until 1986 did the company change its name to Acer.

Compared to other competitors in the gaming arena, Acer’s gaming laptops display an abundance of lines from popular to high-end, aiming at different user segments. They are constantly innovated in terms of designs, configurations, integrated with exclusive technology to upgrade customers’ experience.

Acer is among the top-notch brands in this list with two notable lines namely Nitro and Predator. While the Nitro series is deemed the “king” of the low-cost gaming laptop segment (typically the Acer Nitro 5), the big bro Predator targets mid-range and high-end segments.

Acer Predator is superior to its “little bro” Nitro as it shows the stronger configuration, advanced cooling feature, and undeniably, a distinctive logo will be an emphasis. 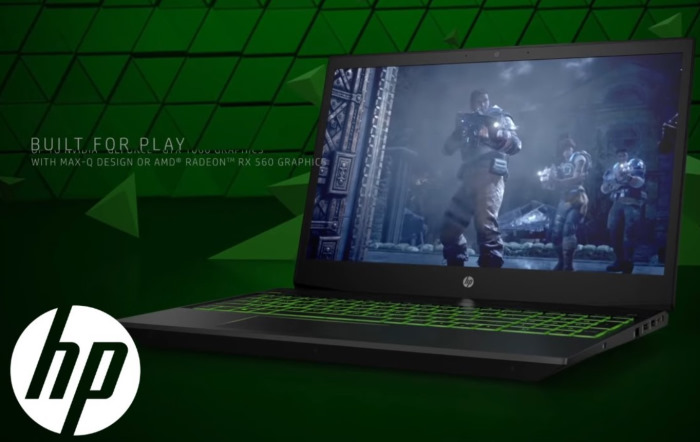 Founded on January 1, 1939, in Palo Alto, California, USA, Hewlett-Packard (or HP for short) comes as one of the leading information technology corporations worldwide by revenue. HP is famed for electronic products in which the gaming laptop line stands out.

HP’s Omen model has been the go-to for laptop enthusiasts because of its plastic shell, with configuration and graphics quality-focused initiatives.

In addition, this brand’s products apply an ever-changing design language, equipped with a powerful refresh rate display, Max-Q standard that effectively solves the heat problem. HP Omen; hence, is possibly the direct competitor to MSI or Asus regarding gaming laptops.

Hailing from Florida, USA, the Origin brand is quite familiar to gaming communities. The name Origin accentuates the company’s craving for the roots of building custom, high-performance products for gaming buff and hardware followers. Its appealing design is likely to make a strong impression on users.

Origin always prioritizes customers’ choices. The “king of customization” allows you to decide on the desired configuration, choose better important parameters, and even go for a coating of a laptop case. Warranty and free shipping would be offered in case the laptops need repairing. 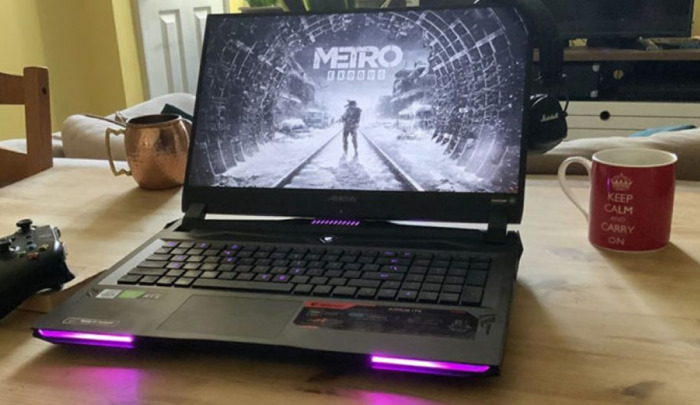 Founded in 1986 by Pei-Cheng Yeh, the Taiwanese brand Gigabyte is among the top hardware manufacturers and distributors in the world. Mostly known for the motherboard and part of the graphics card, so the gaming laptop series Gigabyte AORUS are equipped with extremely powerful hardware.

The production team also collaborated with the world’s leading CS: GO to create a gaming laptop that strikes a perfect balance between performance, experience, and portability.

Gigabyte primarily focuses on gaming laptops and has no models for ordinary users. Other striking parts of this line can be seen with a powerful configuration, Intel or AMD chips, combined with NVIDIA RTX 3000 series graphics cards. It conforms to both gaming and professional video-editing tasks. 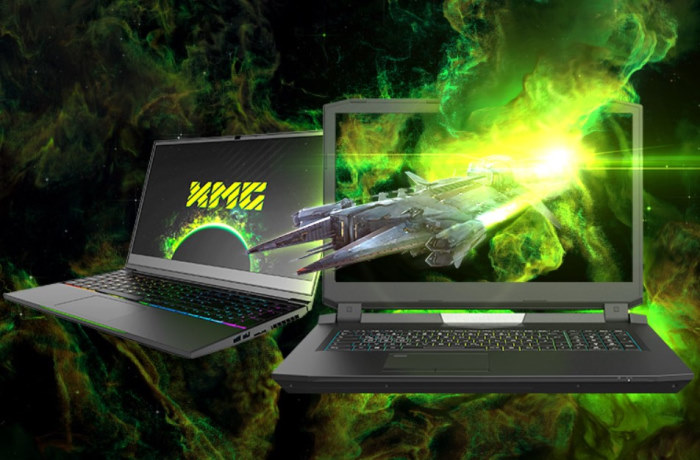 The last one would be a rather brand new name, but is something to behold. It is XMG (or Schenker Technologies) – a German laptop and PC producing company, based in Leipzig. Its core initiative is to merge eSports and quality gaming rigs into a neat package.

In XMG’s laptop portfolio, the NEO product line completes the range as a premium mobile device. Featuring Intel’s Core i7-12700H, the NEO 15 from the new E22 generation integrates with one of the fastest representatives of Intel’s latest 12th generation core with a hybrid design.

Ultimately, it boils down to your budget range and which features are most in need. Hope that the best brands of gaming laptops above are great suggestions for you.

Do not hesitate to share your experience if you have ever used any products from these gaming laptop brands, and pick up a favorite one for yourself.